What can investor / traders do when a bear market is likely to occur?

First is to accept that it can happen. Preparing for a market selloff in a moments notice can be difficult for some traders who may not have a plan of action when they see it in the first place. Defining the 'Risk Tolerance' in any market condition is part of the overall equation in a trade even before any execution is made.

Anticipating a probable correction that can turn into a major catastrophe from a sell-off would have to have a layer of cushion in place even before the market sell off is expected. Risk Adjusted Returns should be managed well as the market often times reflects or even signals a higher probability that such a major correction is in the making. When it doesn't then it is good to be prepared with a plan of action instead of not having one at all.

When 'Volatility' emerges in the market, often times investors & traders would react with emotional instinct that often drive investors to make unwanted trading decisions. Judgement calls in the presence of high volatility with investors taking action with no apparent sense of rationality can sometimes be justified as making perfect emotional sense in cutting down losses. The end-result may initially be right, but not unless when a valid turn around takes place.

Thus aggravates and extending the emotional state of the trader after the fact makes it more difficult for these self-directed investors. By having the right mindset will correct these mistakes often made during high volatility trades, as price swings moves in rapid fashion in both direction of the market. By always having a plan of action on both sides of market direction should be ready at a given notice of action whenever called upon.

During times of important data & reports coming into the market place, there will always be 'Room for Misdirection'. Not necessarily from reports but how price action is reflected and how the market behaves over a time period. Numbers alone can be deceiving at times. And it is important for traders to know how to handle these market conditions. Taking care of business can be costly but can also be generous when handled properly.

Related Strategy: Cost Averaging is Ineffective in a Declining Market

By having access to other global markets related to the instruments traded or invested upon can be a viable tool especially for tactical investor / traders being able to maximize market potential or simply be limiting probable loss is actually one of the best trading strategies commonly applied by 'Arbitrage Trading' a typical case example sited. This is why having an access to the three major markets in the US, Europe and Asia is an advantage only when trades are properly executed. By monitoring price behavior and market sentiment well within the 3 major markets; traders would know when a trade position is typically right or wrong. 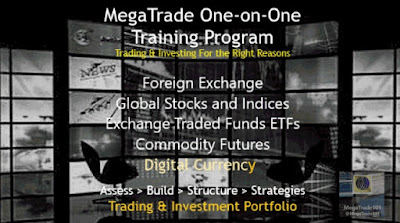